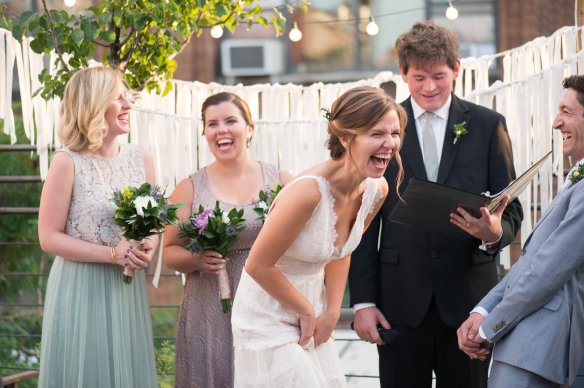 It doesn’t make sense. Basements are cold. You store your wine or deer meat down there for that very reason and yet, defying all laws of nature, NYC subway stations become saunas in the summer. So as I emerged from the downtown Canal street station the hot Chinatown air brought relief like opening the ice cream case in an air conditioned-less bodega.

Wiping the perspiration from my brow, I meandered past the fake Rolex salesmen and faux perfumeries towards the New York City Clerk’s Office. In a few short weeks I was officiating my friends’ wedding and had to ensure my pronouncement of man and wife would be legally binding.

I’d been putting off the task for far too long and would’ve procrastinated further had I not been goaded off the couch by nervous texts from the bride-to-be.

Read the rest on Medium >>